Our pets can make us laugh and cry. Especially when they behave like naughty toddlers. 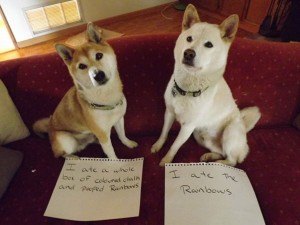 Dogs in particular seem to know exactly when they have misbehaved, and some have the “guilty look” mastered. Others are adept at seeming even proud of their misdemeanours… 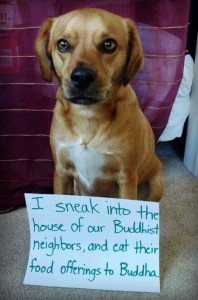 Thanks to the internet, and in particular social media, our canine family members’ indiscretions can be put out there for the world to see – and enjoy.
“Dog Shaming” is an internet meme that was born in August 2012 on Tumblr. A photo of the offending dog is uploaded to the internet, with a written sign explaining his or her indiscretion. And many of them are simply hilarious… 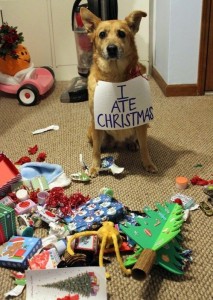 The world’s first dog shaming meme was a photo of a Daschund who had eaten her master’s underwear. What began as a joke and with no expectation of lasting more than a few hours transformed into an international phenomenon. Everyone from the guy down the street to celebrities have since delighted at uploading images shaming their misbehaving pets. 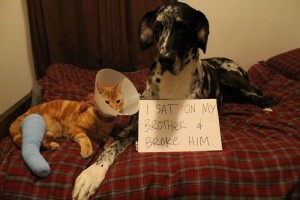 What are the most popular activities for which dogs are shamed?
• Household destruction

• Eating underwear and other non-edible items

• Great Escape re-enactments
Dog shaming is not only hilarious; it allows us humans to take an event in our and our dog’s life that would otherwise cause anger and dismay and to see and share the funny side of it. Many dogs’ faces in these images depict the fact that they know very well that they did something wrong – the expression is often funnier than the action that resulted in it. 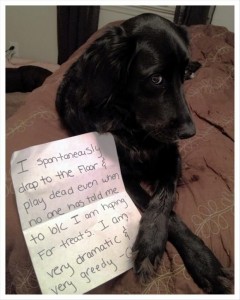 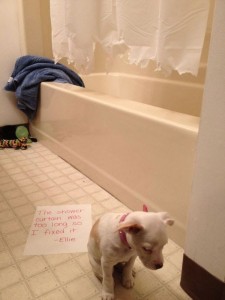 Unlike child shaming (which many would equate with abuse and a future for that child as an adult in therapy), dog shaming is all in good fun. Fortunately, our furry friends don’t understand the internet or the written word. Though I suspect they very much understand when they have been naughty. And don’t be fooled: pet shaming is not just for dogs – there is an entire trend for cat shaming as well… 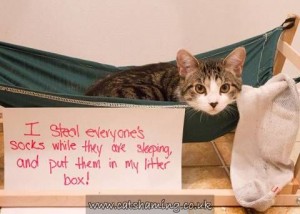 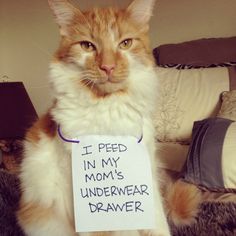 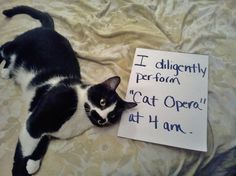 Have you ever publicly shamed your naughty doggie (or cat) online?