“If animals could speak, the dog would be a blundering outspoken fellow; but the cat would have the rare grace of never saying a word too much.”
― Mark Twain

“Never try to out-stubborn a cat.”
― Robert A. Heinlein

The cat may rate little mention here at Urban Paws; we are, after all, a doggie day care. But we are first and foremost animal lovers, and our pet sitting service includes the puss, so they do deserve a mention… 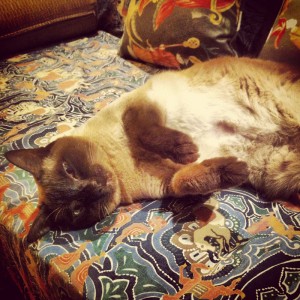 Cats are the most prevalent house pet, and scientists believe they have been companion animals (of a nature) to humans for no fewer than twelve thousand years. It is believed that all domestic cats descend from one of five ancestors: a European wildcat, a Sardinian wildcat, a Central Asian wildcat, and African wildcat, or a Chinese desert cat – and were first domesticated in the Near East.

Archaeologists found a tomb in 2004 with a deliberate burial of a cat with a human at Cyprus which dated back more than nine thousand years – which suggests cats were domesticated by humans well before that time.

The first wild cats to be domesticated were probably in order to control mice and rats in the presence of grain stores. It is believed that in many ways, cats likely domesticated themselves: inviting themselves into homes and urban areas to hunt rats and mice, and quickly adapting to this appealing new environment where many people favoured them for their quiet traits. Others simply tolerated them.

Cats were revered as gods in ancient Egypt and they were common in temples; archaeologists unearthed a feline cemetery in Beni-Hassan which contained no fewer than three hundred thousand mummified cats. Killing a cat in ancient Egypt carried a death sentence. Cats are often shown in Egyptian art and cats wearing collars are even noted at this time in history. 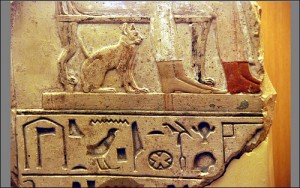 Romans revered cats as a symbol of liberty, and in the Far East cats were highly valued as they protected priceless manuscripts from rodents.

Felines were not always so loved, however. In Middle Ages era Europe, cats were affiliated with Satan and witches, and many were culled as an attempt to ward off evil. This ironically caused a population explosion of rats, and the Plague was the end result. By the seventeenth century, cats began to regain their popularity in Europe and then the Americas. 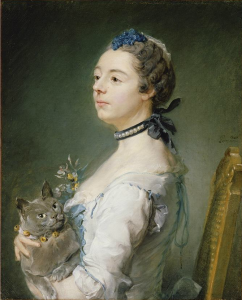 Cats today are masters of human manipulation. Standoffish and full of attitude, they will actively seek reward and purring is one way they melt their human servants’ hearts. It is also considered that their vocalisations have developed more for human communication than for communication with other cats. 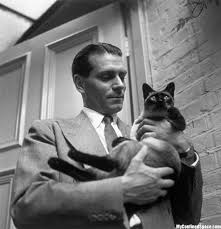 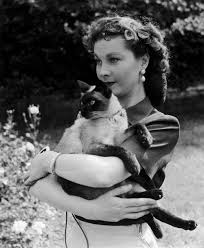 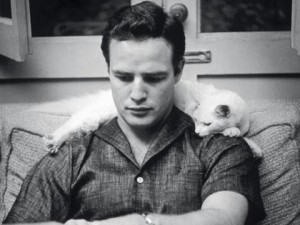 On today’s topic of cats, let’s allow Mark Twain to have the last word: 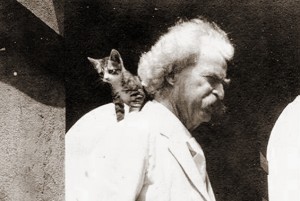 “Of all God’s creatures, there is only one that cannot be made slave of the leash. That one is the cat.”
-Mark Twain