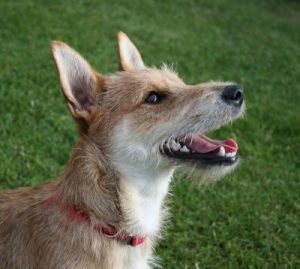 A lot of people, when they decide to bring a dog into their family, automatically decide on a pedigree or purebred dog without even considering a crossbred or mixed breed dog. While many of us do have our favourite purebreeds, there are many benefits of choosing a mixed breed dog – and sadly it’s more often the mixed breeds that wind up in rescue shelters or the RSPCA desperate for a home…

Too many people wrongly believe that a mutt, mongrel, or mixed breed dog is somehow inferior to its purebred cousins. This just isn’t true – and in fact in certain aspects, the opposite can be true.

What is a Mixed Breed Dog?

A purebred dog has both parents of the same pure breed – for example, mum and dad are both Beagles.

A crossbred dog has parents of two pure breeds – for example, mum is a Greyhound and dad is a Boxer.

A mixed breed dog is just that – a dog who has inherited a jumbled mix of genes from his parents who were also mixed or crossbred. It may be impossible to accurately identify which breeds have gone into his genetic makeup – and there could be up to six or more breeds that have contributed to and created this dog’s personality traits and appearance. The only way to be sure of the genetic makeup of the dog is with DNA testing – but does it really matter?

In most cases: not really. Unless you want a dog specifically bred for hunting, working, rescue capabilities, or for showing, breed is purely an aesthetic quality. This is because, even with stereotypical breed traits, not all dogs behave as their breed would suggest – and nobody knows which personality traits will be passed down from parents and other ancestors, even when the breed is pure.

The Benefits of Mixed Breed Dogs:

Mixed breed dogs generally have a more moderate temperament than purebred dogs. They are often more flexible and adjust better to variety in lifestyle, activity level, and household makeup. They will often respond better to other pets and small children.

Mixed breed dogs tend to be healthier than purebred dogs. This is entirely the result of genetic diversity – the gene pool is far wider, parents or grandparents are not likely to have been related in any way (which is a common issue in purebred dogs), and mixed breed dogs don’t suffer from serious health issues common and specific to many purebred dogs.

There is nothing wrong with preferring a purebred or crossbred dog. But when you give a home to a mixed breed dog, you are choosing to save and give love to a dog that many others don’t want purely due to his lack of “pedigree”. These dogs are a joy, they give and accept love, they are cute and cuddly, and they are generally much easier to care for than a purebred dog, with generally moderate temperaments, moderate size, moderate walking and dog grooming requirements, and better general health. They are also much more affordable to purchase or adopt. It’s true that the little puppy may surprise you when he grows up to be bigger or smaller than you expect – but that’s part of the fun! At the end of the day, the dog you end up with depends most on how you raise him from puppyhood – with love, attention, affection, and proper training.