Continuing on from last week, here are more snippets of trivia and fun facts about animals and the people who love them… 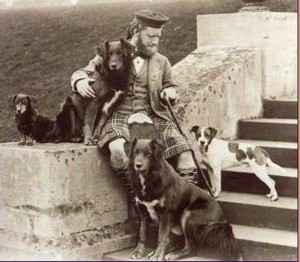 • The ancient Roman aristocrats were known to keep pet moray eels in ponds in the garden. Two aristocrats were so distraught at the deaths of their eels they cried. One, named Lucius Licinuis Crassus, is said to have adorned his favourite eel with necklace and even earrings.

• Romantic poet Gerard de Nerval had a beloved pet lobster he named Thibault. Thibault, when not kept in his aquarium, was walked like a dog around Paris’ public gardens on a blue silk leash.

• The famous poet Lord Byron owned an array of pets, including a bear he brought with him to Cambridge University and a partly-tamed wolf. He also had a beloved Newfoundland dog named Boatswain. His contemporary, Percy B Shelley, described the menagerie after visiting Byron in Venice, as consisting of eight huge dogs, ten horses, five cats, three monkeys, an eagle, crow, and falcon, as well as peacocks, guinea hens, and an Egyptian Crane.

• President of the United States, John Quincy Adams was gifted with a pet alligator by the Marquis de Lafayette in 1825. The president delighted in this unique pet, keeping it in a bathtub and pranking White House guests with it.

• Another American president was renowned for a strange pet of another kind. Andrew Jackson had a talking grey parrot which frequently blurted offensive language – including at the president’s 1845 funeral.

• Queen Victoria of the British Empire was a devoted lover of animals, and she had many, many dogs. Her dog Looty was gifted to her by a military captain during the Second Opium War, and Looty was the first Pekingese in Britain. Looty was rescued from the Summer Palace in Beijing. 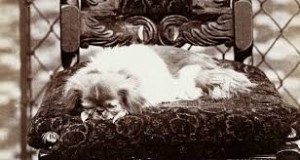 • The Indian Maharajah of Junagadh had no fewer than eight hundred pet dogs. Each of these had its own room and butler, and were dressed in evening attire and driven about in rickshaws. In 1922, and at a cost of what today would be well over a million dollars, the Maharajah arranged the wedding of one of his dogs to a golden retriever. Wedding guests included Indian royalty, political heavyweights, pets, and an elephant. 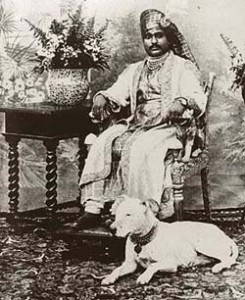 • The very first canine movie star was a dog named Rover, in the 1905 silent film Rescued by Rover. 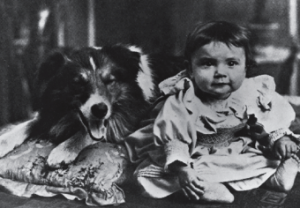 • Heroic movie dog Lassie may have been female, but she was played by a number of male dogs – male collies being deemed to look better on camera than female collies. (Lucky they are so fluffy!)

• The most loyal dog in the world was the famous Skye terrier, Greyfriars Bobby. An old man named John Gray was buried in Greyfriars Churchyard in Edinburgh in 1858. The dog slept on the grave of his master for the next fourteen years, until his own death. 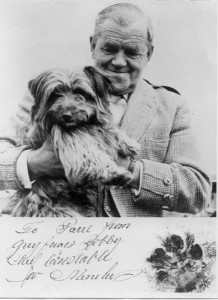