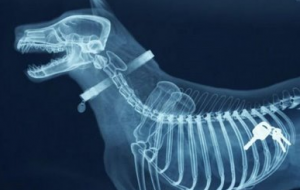 We all know dogs love to chew and gnaw on things. Most of the time, this is a harmless pastime. But what about when it goes beyond chewing, and Fido actually swallows things that should never be swallowed? 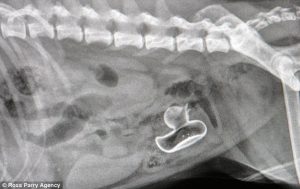 Too many dogs get rushed off to the vet when they swallow inappropriate things. Or, your dog may become inexplicably unwell and it’s only when an x-ray or, worse, exploratory surgery is done, that it’s discovered that something ridiculous has been made into an impromptu meal. 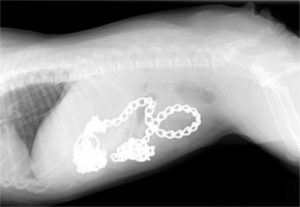 Even the very best trained, most obedient of dogs will occasionally swallow the wrong thing. Vets have removed some remarkable items from dogs’ digestive systems, including: 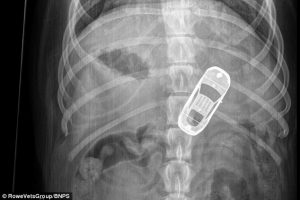 Obviously, some of these items can be extremely dangerous! Even those that might seem harmless (like socks or coins) can cause a lot of damage and harm your dog’s health, making him very sick. It can also be very detrimental to your wallet… 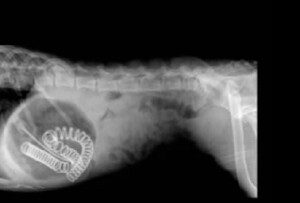 This writer’s sister has two gorgeous black Labrador-cross dogs – almost identical brothers from the same litter. She discovered to her horror one night that one of them had accessed and eaten a disposable razor. But which one was the culprit? Both looked guilty; both had to go to the vet. Both had to be anaesthetised, and both had to be x-rayed so that the razor blade could be found and surgically removed. Stressful for all – and very expensive! 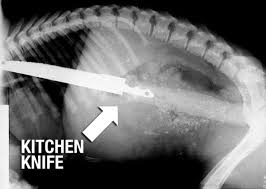 If you ever know or even suspect that your dog has swallowed anything that could be hazardous to his health, take him to the vet straight away. He might taste something when you’re out dog walking, or it could be something he finds in your home. Don’t take any chances – and keep an eye on your dog! Alleviate boredom by providing plenty of dog-safe chew toys.

The only foreign object you ever want to see on a dog’s x-ray? 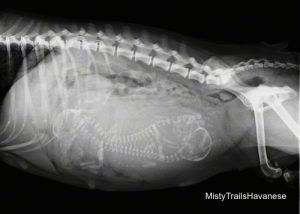