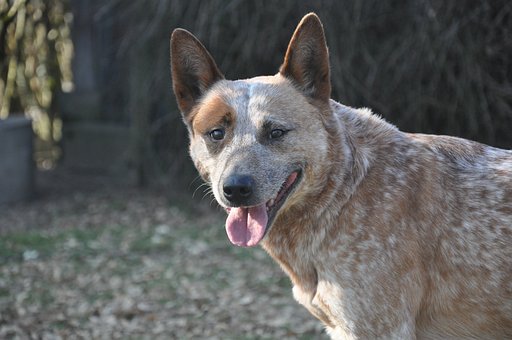 Otherwise known as the Blue Heeler or the Red Heeler (depending on colouring), the Australian Cattle Dog is a very popular breed of working dog that also makes for a great, loyal companion. Very intelligent, it is an active and sturdy breed of dog that was developed to handle cattle herding and droving on Australian stations and farms.

The Aussie Cattle Dog we see today is the result of a deliberate program of breeding over sixty years. Ranchers in the 1800s needed a strong and hardy dog for the harsh Australian climate. Dogs brought from Britain proved to be no good for the job, so various European breeds were mixed with the Australian Dingo with various levels of success. Eventually cattle farmer Thomas Hall bred what we know to be the Australian Cattle Dog.

What you Need to Know

This dog is delighted to have a job to do, and thrives on being included as part of the family. Fiercely loyal and protective of his family or “pack”, he forms strong bond and he can be wary of outsiders until he knows they are friend and not foe. He needs plenty of dog walking but not a lot in the way of professional dog grooming – just a bath as needed, brushing and claw clipping. Teeth need to be cleaned from time to time as well – ask your vet for advice.