These days, companion animals are the norm, and it seems every second household has a dog, cat, or other furry, feathered, or scaly resident which is (hopefully) an integral part of the family. Not everyone loves animals, but for those of us who do, they are a source of mutual love and affection that is unsurpassed. We lavish them with affection, we groom them, walk them, and even send them to dog day care or arrange for pet sitting when we need to be away from them. Many of us even prefer the company of animals to that of other humans.
How long have animals been domesticated? And when did they turn from being wild creatures to humans’ companions? It may well be “survival of the friendliest animals”. 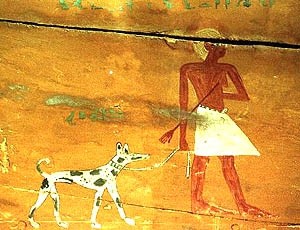 The very first animals to have worked alongside humans were probably wild wolves. Humans eradicated almost all other carnivorous animals (giant hyenas, sabre-toothed cats), but not wolves (though many attempts were made). Like humans, wolves hunted large mammals such as bison many thousands of years ago, and the way humans and wolves hunted was very similar: in a pack. Packs were tight-knit, suspicious of outsiders, and for both human and wolf, there was benefit to eventually coming together and working as a team.

Scientists actually believe that a group of friendly wolves first sought out human contact, rather than the other way around. This happened between nineteen thousand and thirty two thousand years ago. They likely scavenged on the edges of human settlement, and those that were more agreeable were tolerated and eventually adopted by humans. Over time, the appearance and psychology of these once wild wolves began to change, and the domestic dog evolved. Since that time, domestication of dogs has been for intended mutual benefit – dogs helped hunters do so more effectively. 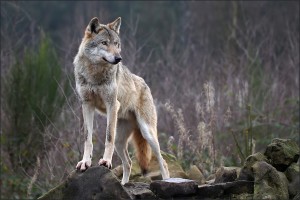 The earliest evidence we have of canine domestication is dated to twelve thousand years ago. A canine jawbone was found in an Iraqi cave; unlike a wolf, the teeth and jaw are smaller and suggest selective breeding.
How were domesticated dogs bred from their wild counterparts? When selective breeding takes place, species are affected surprisingly quickly. It may not have originally been intentional on the part of man. If a certain pup in a litter, for example, was favoured for a beautiful coat, a friendly nature, or a particular physique, it was chosen to be kept. It in turn had pups, and the characteristics for which it was prized were perpetuated.
By the time of the ancient Egyptians, Romans, and Assyrians, there were many different varieties of dog as concerns shape and size. Even in China two thousand years ago, there is evidence of a dog very similar to the modern day Pekingese – which bears very little resemblance to its wolf ancestors.

Lap dogs were common in ancient Rome, and were favoured by women in particular. It was widely believed that the warmth of a lap dog was a cure for stomach ache – like a hot water bottle today.

The Romans carefully selected the colour of their dogs as well. A shepherd favoured a white dog (to distinguish it from wolves); whereas a farmer preferred a black dog which resembled a wolf and would more likely deter thieves. 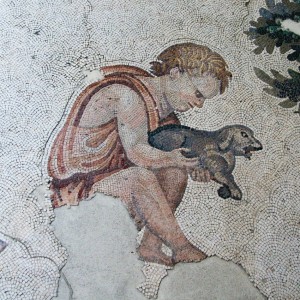 Come back next week for Part Two…